“What do we live for, if it is not to make life less difficult for each other?” ― George Eliot
FOLLOW ME
PREV
Introducing our Guest Blogger: Wendy

Made in Italy- Part I

I got on the plane to Milan, Italy with my mom and I was terrified.  The previous week of work, I had spent 14 hours per day in the lab, trying to get a good result to somehow justify not only my absence from work, but also the reason behind my absence: I was going to Italy to get my wedding dress. 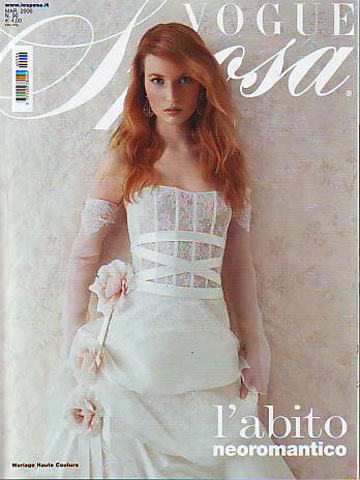 A couple of months before, I had gone to a bookstore in search of wedding magazines to ransack for ideas.  By this point, I had been engaged for 7 months and I was beginning to be disillusioned with wedding dresses, since I hadn’t found a single design that really struck a chord with me.  Well, this particular bookstore happened to carry an Italian wedding magazine, called “Vogue Sposa”.  I decided to buy the magazine on the off chance that I might find something different than what I kept seeing in our bridal salons.  My friend and I flipped through the pages, and then my heart stopped–there was THE DRESS. 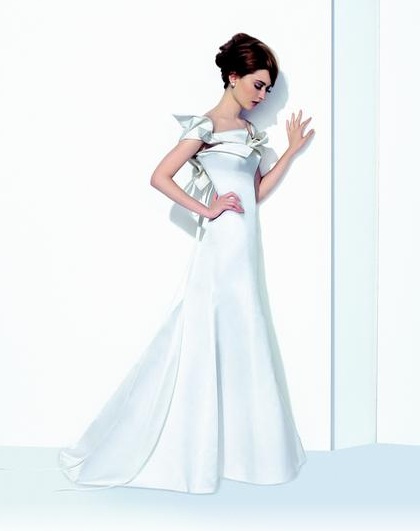 It was a simply a work of art; an A-line with sculptural folds of Duchess silk that danced around the shoulders and reminded me of Frank Gehry’s architectural marvel, Disney Hall.  The designer of this masterpiece was a man named Giuseppe Papini.  I didn’t know it at the time, but Giuseppe Papini had previously worked for both Versace and Dolce & Gabbana, before creating his own line.

Immediately, I tried to contact the only location in the US that supposedly carried the Italian designer, but the store seemed to no longer exist.  I checked for another location, but the next closest was in Toronto, Canada, and they didn’t have Giuseppe Papini dresses at the time.  I joked, half-seriously, that I guess I would just have to go to Italy for the dress… it was a joke, until I realized that it was really the only option, and, taking one look at the dress was enough to decide that I was going.

The prospect of going to Italy for a wedding dress was risky and daunting, and even though I had decided to go (thank goodness I had enough frequent flyer miles to fly for free), the idea was so crazy that not even I would believe it.  It wasn’t until I was on the plane that the reality of my unpreparedness hit me!  Sure, I had saved up enough money for this dress and the travel expenses–but I didn’t have a clue how to get to Bergamo, Italy, where Giuseppe Papini’s boutique was.  God!  What was I doing?  I didn’t even bring an Italian dictionary! 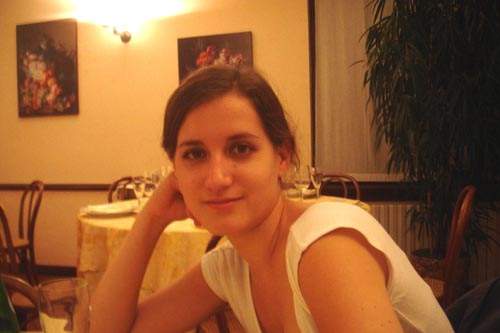 When we arrived in Malpensa, I was ragged, with pale skin, dark circles, and bloodshot eyes.  I hadn’t slept at all and had instead spent the entire flight worrying about what the hell I was going to do once I got to Italy.  (Note: this is where mothers come in handy.)

[Join us tomorrow for Part II …]

[…] I’ve had the opportunity to meet some of my readers and have them share their own unique wedding stories (hey Wendy!), […]

I had to go to Italy to get it because they don’t have it in all of North America (at least for now). You can order it from Giuseppe Papini, which I almost did, too. They are not going to cheat you, so if you send them your measurements, they will send you a dress that will fit as well as is possible without them custom-making it for you.

Where can I get this gown in the US?

What a gorgeous gown and fun adventure in Italy!!! So cool!

What a gorgeous dress, gorgeous gal. 🙂

Going to Italy for a dress!!! Whodathunkit? Can’t wait for part two!

I am so grateful to read this account! WHAT happens to those dark circles and no Italian dictionary???

Made in Italy- Part II